I write this post while listening to ‘No Matter How Much I Think of It’ by Sweet Sorrow, I really fall into ballad songs these days 🙂

I am gonna share about my first YEP (Youth Exchange Program) experience on Saturday, 10th November. Y’all know, how long I’ve been waited for this kind of event, I still remember how strong my will was to join this event, it’s really hard for me to get the ticket anyway because of the distance (?) and un-match time between me and the committee who distributed the ticket, pfiuuuh ~.

At the first, Tifah and Dila agreed to participate with me in this event, but the day before YEP was held, they canceled it, they said that they wanted to spend their weekend at home, nincompoop ㅡㅡ. So so so, that were only me and Willy (thanks for accompany me, Ya!) who came on that Saturday morning. That kakak panitia said that I should come at 8.00 AM; I thought that the event would start at 10 AM, @AIESECUNAND said so, but that’s okay :). YEP was held in Unand’s Medical Faculty, located in Jati, I took ‘the orange angkot*’ and ‘the blue angkot’ for reaching my destination, I was still sleepy ㅠㅠ, my journey has started zuzuzuzu ~.

Well, I arrived . . . . safely hehehe. The stand for registration was right beside the basketball field, and I realized, I.CAME.TOO.EARLY ㅡㅡ. The committees still arranged the tables, chairs, and another thingies 휴o휴. Well, I didn’t have to wait alone; Willy arrived not long after I did. We sat on the bench; waiting for the committees to finish their business. Around 9.00 AM, I booked the tickets :). I hoped to see my friends on that place but I saw none /sobs ㅜㅜ

The event started at 10 AM, even though the participants were not as much as I expected, but the event was so exciting (at least for me). The MCs were COOL!!! I didn’t get bored at all and I really enjoyed it; I laughed too much ㅋㅋㅋ

They introduced what AIESEC was, how to go exchange, their experiences while going abroad, and blah blah blah, aaahhh, I was envying them ㅠㅠ.

I didn’t participate at all while they were pulling out some giveaways, you know, I was too afraid to come in front of people, 헐 ~. Willy left me alone on 11.30 AM; she should go to Bukittinggi, family’s matter. I was all alone by myself ㅠㅠ I didn’t know anyone on this place.

And, the one that I liked the most, Focus Group Discussion (FGD)! We built up a group, consisted of 5 people, and each group had at least a person who ever went exchange. There were three AIESECers on my group; one of them was a foreigner, Beo, a Vietnamese 🙂 She came here to spend her holiday, she was so friendly. On that discussion, we discussed a lot; I learned many new things, one of the new things was, how exchange could change your ordinary life became an extra-ordinary one.

After filled up the application form (Exchange App Form), I took the chance to get an interview. I was so nervous ><. At first, I hesitated to take an interview, I have not decided yet, whether I really went on winter or not. I participated on YEP only to have some experiences and spent my weekend time. But, if it was not now, when will it be? At least I know, the jolt of my heart while doing the interview ㅋㅋㅋ. Two interviewers asked some of my opinions and questions related with Exchange’s project. My hands got freezing ><. I stuttered a lot I think, but that was one of hilarious memories I ever had :)). And the interview finished, we were shaking hands, they realized my freezing hands lol.

They accepted me or not, it’s not a big problem, at least I have tried :)). But but but, I wanted to go exchange really bad, so they should accept me lol.

So so so, I left that place, with bunch of experiences and also a few new friends ㅎㅎㅎ. I got headache as I arrived at home, I needed to take a nap really soon.

*) angkot : one of vehicles in my place 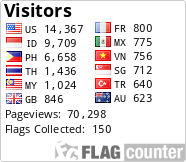